UEFA Europa League
When the billy goats roared
It is over 40 years since FC Köln reached the semi-finals of the European Cup, but goalkeeping great Harald Schumacher still recalls every detail of a golden era for the club – right down to the mud and puddles of an epic night in Nottingham.

This article was first published in the 2020 Official UEFA Europa League Final Programme. You can purchase the 84-page print version here, or the digital version here.

For an illustration of what FC Köln mean to their 100,000-plus members, consider the response to the club’s return to continental competition, after a 25-year wait, in the 2017/18 Europa League. That exile represented a sharp reversal of fortune for a club that had experienced 18 European campaigns in the preceding quarter-century and Köln’s restoration to the European stage was something to celebrate: hence the 135,800 aggregate attendance for their three home group fixtures – and the exodus of 20,000 supporters to north London for their meeting with Arsenal.

Cologne stages one of Germany’s most famous carnivals and, as Harald ‘Toni’ Schumacher – Köln’s record appearance-maker in the Bundesliga – at tests, “We’re a people who like to celebrate. We’re outspoken, open-hearted and walk around with open arms.” For along time, they also had a football team (with due respect to Cologne’s other professional clubs, Fortuna and Viktoria) who gave them much to cheer.

Founded in 1948, Die Geißböcke (the Billy Goats) won the Bundesliga in its inaugural season of 1963/64, captained by Hans Schäfer, their record scorer and survivor of West Germany’s 1954 FIFA World Cup triumph. In president Franz Kremer, they had one of the driving forces behind the new league’s formation and his team, national champions in1961/62, hit the ground running when the Bundesliga began, scoring in all 30 of their matches.

The first of four German Cup triumphs followed in 1967/68. In Schumacher’s time at the club from 1972–87, there was even more success, notably in 1977/78 when they became only the second team to win the German double of Bundesliga and DFB-Pokal. They did so under the guidance of Hennes Weisweiler, the legendary coach then in his third spell at the helm.

“Back then, a double was very rare, unlike today with FC Bayern,” reflects Schumacher, the former West Germany goalkeeper. “By achieving this, Hennes basically erected a monument for himself and this will stand here in Cologne for eternity.”

A different kind of monument stands in nearby Hennef today – the Hennes-Weisweiler Academy, part of the Cologne-based German Sport University, where coaches can enrol to obtain their licences. The name underlines Weisweiler’s enduring legacy, the former midfielder having already had two spells in charge of Köln – as player-coach from 1948–52 and then from 1955–58 – not to mention six years with neighbours Viktoria. Here turned in 1976 following 11 successful years at Borussia Mönchengladbach and a season at Barcelona.

“There were something like eight to ten thousand people at his first training session,” Schumacher remembers. “We were a team which often finished in the top five. During my years at Köln I went on to play European football 12 or 13 times. We reached the cup final four times and won it on three occasions. So we were a team able to focus on specific occasions, especially in cup competitions. But in the league, with 34 matches, Köln were prone to have a spell of sloppiness. And that’s something Hennes Weisweiler fixed in an outstanding fashion. He made sure that sloppiness went away.”

Schumacher portrays a man who was“uncompromising” and “tough as nails” at times. “He didn’t shy away from getting into disputes with some of the very big names,” he recalls. “At Mönchengladbach it was Günter Netzer, and at Köln it was Wolfgang Overath. He was super demanding, a very authoritative coach.”

As for playing style, Schumacher hails the merits of a system based on “quick transitions from defence to offence.When he was coach at Mönchengladbach, we at Köln had huge problems dealing with this kind of football.” Now the boot was on the other foot, with Köln taking the title from Gladbach in 1977/78 on goal difference.

“The English fans gave us a standing ovation after the game because we fought so hard” While Schumacher would become twice his country’s Footballer of the Year, at the other end of the pitch Köln could count on Dieter Müller, the Bundesliga’s leading marksman in 1976/77 and1977/78 (sharing the honour with namesake Gerd in the latter year). By the time they reached the following season’s European Cup semi-finals, midfielder Bernd Schuster had also broken through as an exciting young prospect.

That European Cup run was ultimately ended by Nottingham Forest in the last four, and Schumacher has not forgotten Köln’s narrow loss to the eventual champions. “The pitch conditions were simply unbelievable – water, puddles, mud,” he says of the first leg at the City Ground. “I remember the English fans gave us a standing ovation after the game. They had never seen a team fight so hard before. We led 2-0 at first, but then found ourselves 3-2 behind before Yasuhiko Okudera managed to get an equaliser for us for 3-3. We had an excellent opportunity to reach the final, but at home we suffered a 1-0 defeat.Forest had a set piece and one of our defenders didn’t pay attention.”

It was not their only European set back against English opposition: in 1965 they lost a European Cup quarter-final against Liverpool on the toss of a coin. A UEFA Cup semi-final defeat by BobbyRobson’s Ipswich Town followed in 1981. Five years later, Köln did reach the final of the UEFA Cup but succumbed 5-3 on aggregate to Real Madrid. In 1990they were UEFA Cup semi-finalists again.

There have been subsequent ups and downs for a club which had never known relegation from the Bundesliga prior to their 1998 demotion; the fact that they have since won four titles in the second tier reflects a roller-coaster recent existence. One of those, in2004/05, came with the help of 24 goals from homegrown forward Lukas Podolski –a typical Kölner with his bubbly personality – whose emergence coincided with the club’s move into the newly rebuilt Stadion Köln, which hosted five matches at the 2006 World Cup.

In its previous guise as theMüngersdorfer Stadion, the ground staged Köln’s last major triumph, the 1983DFB-Pokal final against neighbours Fortuna in which Pierre Littbarski struck the only goal. The wait for another major honour has been long, but, asSchumacher observes, the stands remain “full for every home match” in normal times. It is a loyalty that endures in the face of defeat, as the Kölnsupporters underlined on the night of that Europa League trip to Arsenal three years ago. “When they kept singing undeterred after the final whistle, several of my London friends asked me: ‘Do your fans know that you lost?’”

Long before the German Sport University paid their tribute, Hennes Weisweiler lent his name to some thing else – a goat. It was 1950, Köln’s second birthday, and a local circus director, Carola Williams, presented the animal to the club as a good-luckcharm. It was promptly dubbed Hennes after the then 30-year-old player-coach, and one of German football’s most endearing traditions was born. Hence the goat leaning on the famous twin spires of the city’s cathedral on the club’s badge, the team’s nickname and the continuing custom of Hennes the Billy Goat – or Hennes IX, to give today’s ninth-generation mascot his full title – appearing at each home match.

No items found.
UEFA Europa League
When the billy goats roared
It is over 40 years since FC Köln reached the semi-finals of the European Cup, but goalkeeping great Harald Schumacher still recalls every detail of a golden era for the club – right down to the mud and puddles of an epic night in Nottingham. 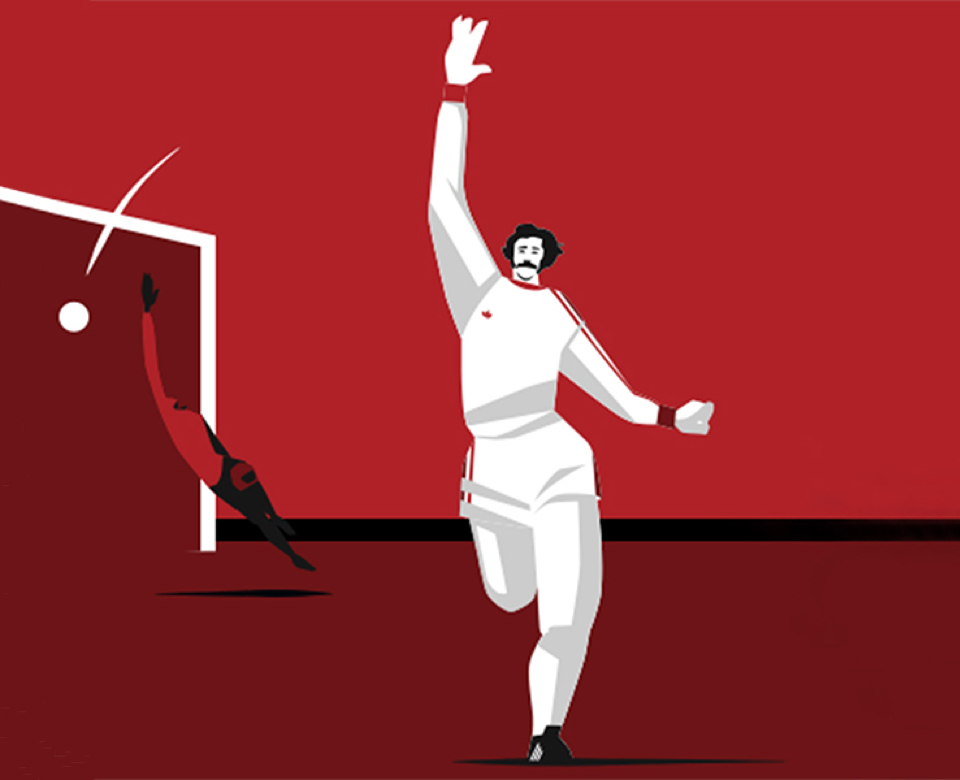 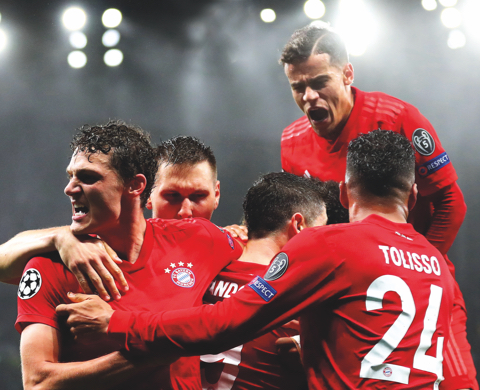