UEFA Women's Champions League
"I love the buzz"
Alexia Putellas: a champion. The Barcelona midfielder avenged the heartbreak of 2019, playing a huge role in her side’s title win on May 16. We revisit our interview her featured in the final programme, where she explains how previous setbacks only inspired her to go one better this season.

This article was first published in the 2021 Official UEFA Women's Champions League Final Programme. You can purchase your print copy here, or read the digital version here now.‍

There’s nothing like the big occasion to get the blood pumping for Barcelona’s Alexia Putellas. Here the midfield dynamo explains how previous setbacks have only made her more determined to lift the trophy

What have you learned after so many years playing in finals?

‍Obviously, as a player, every final is very special. You’re excited one week before the match, waiting for it to come, and for the referee to blow the whistle for kick-off. It seems like it’s never going to come, but then the referee blows the whistle and... Personally, finals fly by for me. They tend to be pretty even; there’s so much tension, but you should never forget that it’s just a match, and you just have to keep doing what you’ve done throughout the season.

‍What comes to your mind in the days and nights leading up to the match?

‍After all, I think the pressure we feel when we fight for these titles is a privilege. At the end of the day, we feel very lucky to have the chance to play these kinds of matches. Any footballer you ask would love to be here. It’s true that sometimes it’s hard to deal with the pressure, but the more years you play at the elite level, the better you handle it. So, I think it’s a privilege to feel that kind of pressure.‍

How are you feeling at the moment, having just knocked out Paris in the semi-finals?‍

It’s really wonderful to experience all of this. All in all, we’ve reached two [Women's Champions League] finals in three years, four semi-finals in five years; they are games that I personally love to play in. I love the buzz you get from playing in them. It’s been going well for us lately, but we’ve also lost some big games. At the end of the day, the best thing about them is that you learn from each game, whether you’ve won or lost, and obviously, if you’ve won, it gives the team a boost to their confidence, calmness, and hunger to win the trophy.‍

One of the things that stood out in the second leg against Paris was your battle in central midfield with Formiga. Tell us a bit about your game.‍

What I try to do is make sure our game plan is executed, help each player feel at ease so that they can do what they know best, each one with their own characteristics. And, as I play in central midfield, maybe I’m a bit more the one who links everything together, from the defence to the forwards, and I try to make sure that everything goes well.

‍What for you were the key moments from this season’s Champions League campaign?‍

I would say that the key moment would be when we lost the [2019] final against Lyon, but throughout this season there have been a few key plays during games that have led to us reaching the final. For example, the penalty save by [Sandra] Paños against [Manchester] City, the third goal also gave us a big lead going into the second leg; and the first leg in Paris where the goal we scored and our defending were key. Paños made several saves and a key one from a [Marie-Antoinette] Katoto shot, and Torre [Marta Torrejón] made a clearance off the line. They were also key for us to get a good result heading into the return leg and reach the final.

Alexia, why did you mention the final against Lyon in Budapest? Why was that the most important moment?

Rather than letting the loss to Wolfsburg in last season’s semi-final get you down, it became a source of inspiration, it added fuel to your fire. How is that?

‍At the end of the day, it comes down to the team’s mindset. Of course, winning gives you lots of confidence and strength, and losing doesn’t. So, I think it’s a virtue that our team didn’t get caught up in the defeat, but instead used it as motivation. They learn from it, so that it won’t happen again. [They learn] how to fix the problem, so that it doesn’t repeat itself. We use it to become a better team.

‍Emma Hayes, Chelsea’s manager, has previously said that late last year she predicted that Chelsea would meet Barcelona in the final. Did you ever think the same?‍

The two teams in the final deserve to be there. Neither of us has had an easy road, with tough qualifying rounds against top teams and we’ve won thanks to small details. I believe that the two best teams have reached the final. I hope Emma hasn’t said Chelsea will end up winning because if she told you that, well then she’ll have to tell us the lottery numbers as well.‍

What would winning the Champions League mean to you, personally?‍

It’s a goal I’ve been pursuing and working towards many years now. I get goosebumps just thinking about it. It’s like lifting glory. You become the best team in Europe.

No items found.
UEFA Women's Champions League
"I love the buzz"
Alexia Putellas: a champion. The Barcelona midfielder avenged the heartbreak of 2019, playing a huge role in her side’s title win on May 16. We revisit our interview her featured in the final programme, where she explains how previous setbacks only inspired her to go one better this season. 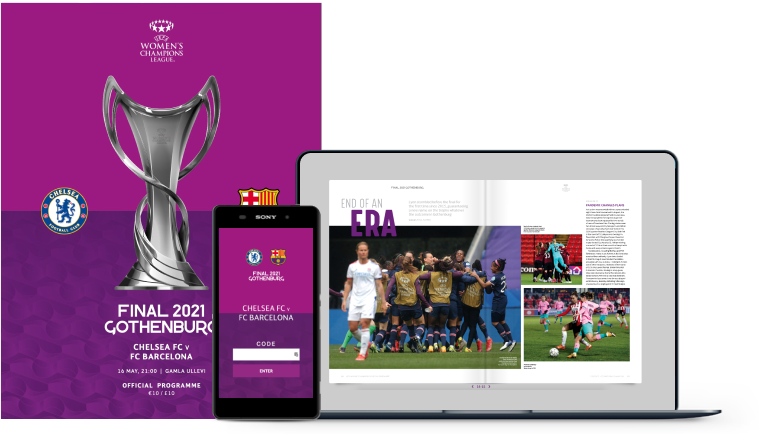 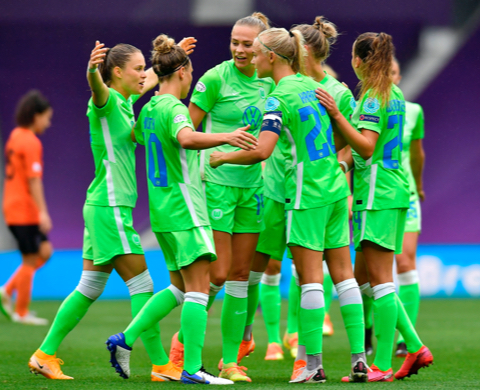 UEFA Women's Champions League
And then there were four
Read more 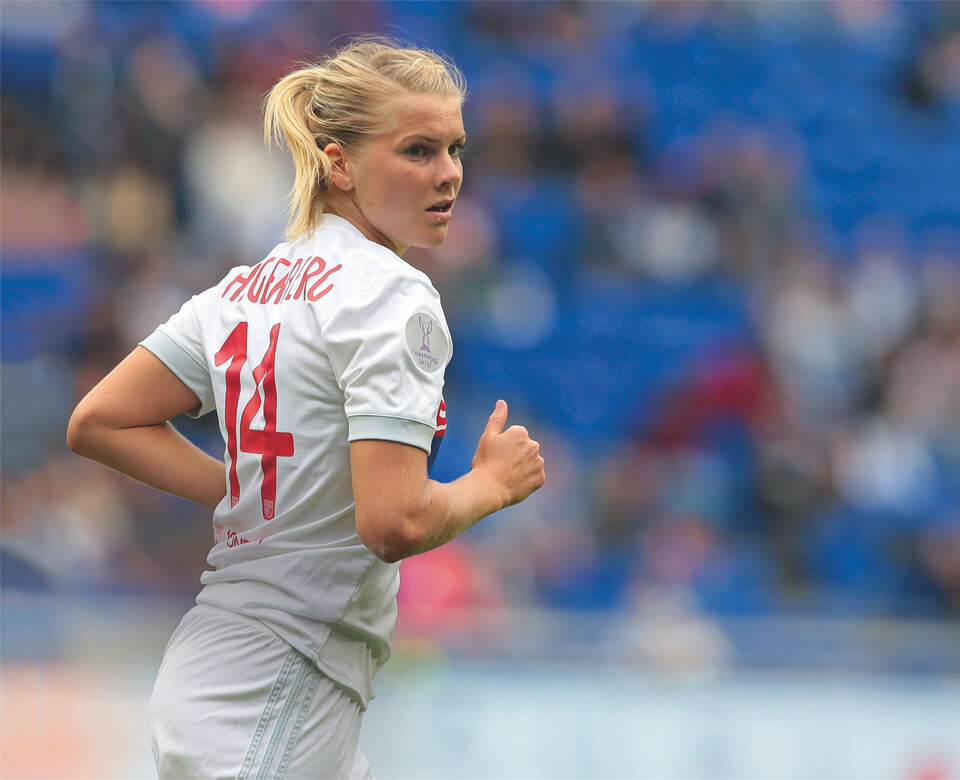