UEFA Champions League
Defining an era
Ahead of the 2018 Champions League final, Sergio Ramos had already lifted the trophy three times, but the Real Madrid captain was still pushing his team to greater heights, believing a third successive triumph would truly cement their place in European Cup history

This article was first published in the 2018 UEFA Champions League final programme. Read the digital version here, or buy the programme here.

When Sergio Ramos signed for Real Madrid CF from Sevilla FC in September 2005, he was introduced to the press alongside club legend Alfredo Di Stéfano. A winner in each of Madrid’s first five European Champion Clubs’ Cup triumphs, Di Stéfano embodied the club’s golden era of the Fifties.

As Di Stéfano and the young defender held up his new No4 shirt, few could have imagined that Sergio Ramos would go on to become the heart and soul of a team preparing to play a fourth UEFA Champions League final in five years. It is an incredible feat. Since Di Stéfano’s five-in-a-row era, only two other teams had previously appeared in four finals in five years – Eusébio’s SL Benfica in the Sixties, and Johan Cruyff’s AFC Ajax team of the early Seventies. While Cristiano Ronaldo’s unique scoring exploits have defined this Madrid team, Sergio Ramos has provided the resilience and security at the back that has kept them in the hunt year after year.

Most recently, his rugged defensive display alongside Raphaël Varane in the semi-final second leg against FC Bayern München pushed Madrid over the line just when it looked like they might finally falter. But that is the nature of this Madrid team. Pushed to the limit, they find a way to go again. No wonder, then that Sergio Ramos feels that his team is on the cusp of something truly exceptional.

What would it mean to you to win a third straight Champions League?

I haven’t really stopped to think about it. It’s a dream and a target, but I don’t know what it would feel like. Football moves so quickly that you don’t have enough time to enjoy each moment. Everything happens so quickly. We have to be confident and believe in our team and squad. We always put our heart and soul into every competition. Now we’ve been rewarded with another final and I hope we can win it because it wouldn’t mean just winning the Champions League again; it would prove this team have defined an era, something that people maybe are still not so sure about just yet.

Will you approach this match in a particular way or do you treat it like any other?

Fortunately, we know what a Champions League final entails. We’ve played in quite a few in recent years and we know what a huge occasion it is, as well as how tough it is to get there. We have to bear that in mind and try to produce a very professional and clinical performance. We have to be focused because it can come down to very fine margins in these matches. I hope we can bring home another Champions League trophy for our fans and, on a personal level, add another to my collection and win our third in a row, which would go down in history.

Paris, Juventus, Bayern … Madrid had a tough run in the knockout stage but passed every test.

Yes, it was one of the toughest possible routes to get to the coveted final. Getting there is the reward for all the hard work that we’ve put in. We’ve knocked out PSG, Juve and Bayern, who were among the favourites. I think it’s made us stronger, both in general and also mentally, ahead of what will certainly be a tough final.

The final takes place in a stadium you know well, having won UEFA EURO 2012 in Kyiv with Spain.

Yes, I certainly have very fond memories of that stadium. We became European champions there, so it’ll always be a special place for me. I hope the slice of luck that we had with the national team stays with me and we can win a third consecutive Champions League, which would be a dream come true for everyone associated with Real Madrid.

We know they’re very tough opponents. They deserve to be in the final and we know about the fantastic players that they have. They are very fast going forward and can really hurt you on the break. We’re going to try to bear that in mind and neutralise that threat as well as we can. Firmino and Salah are such pacy and direct players who are very difficult to get hold of. We’ll try to keep them under control and ensure they don’t have one of their inspired days because they can certainly cause you damage.

What runs through your mind when you think about facing Salah, Mané and Firmino?

We know all too well how good they are and how they can hurt us, so we’ll try to neutralise their game. They’re very good technically and are full of pace, but we’ll try to hurt them with our players who have similar attributes. We know we can also cause them problems on the counter. We’ll try to take advantage of that. We also know we are a threat from set pieces.

You’re the man for the big occasion, having scored in both finals against Atlético in 2014 and 2016.

In Lisbon there were just a few seconds left. My grandfather always used to say a phrase that I like to remember: “Hope is the last thing that you lose.” It was all or nothing. Atlético Madrid were almost celebrating a Champions League triumph when we got one final chance in the last second, which is part of this team’s DNA and that goes for Real Madrid’s history as well. We managed to equalise, take the game to extra time and eventually win it. It was the same in Milan. I produced a very solid performance defensively and managed to score another goal in another final against Atlético Madrid. It’s another historic moment that will always be etched in my memory. I treasure all the finals in different ways.

When the referee blows up, maybe you do have a bit more time to think about the lonely life that you lead as a footballer, particularly during key moments, with so many trips and hotel stays. You spend so many hours without your family and children, so it reminds you of the people who are around, who were around and whom you now miss. You’re reminded of the sacrifice and hard work you put in as a football player to reach that unique point. In my case, I’m honoured to be captain. I am reminded of all those things because everything has served its purpose and helped bring out the best in me.

How has the team matured since Zinédine Zidane took charge in January 2016?

Zizou speaks for himself. He did so as a player and now he’s doing so as a coach. He has found a way to transfer the talent he had as a player into his role as a coach in charge of a squad like ours. He’s doing a fantastic and unique job. The results aren’t merely a coincidence. He’s been a coach for a short period of time, but has been able to adapt to the role perfectly. We are delighted to have him as our coach and hopefully he stays for a long time because we are confident and believe in the job he’s doing.

What does the Champions League mean to you, the club and the fans?

What do you enjoy most about playing football?

Working hard alongside my team-mates and then getting the reward of winning. Most importantly, sharing this with so many millions of fans.

Sergio Ramos is introduced to the press after signing from Sevilla in September 2005 (below). In the 13 years since, he has made over 500 appearances
and scored over 50 goals for the club, winning four Liga titles, two Copa del Reys and three UEFA Champions Leagues.

Sergio Ramos knows the NSC Olimpiyskiy Stadium well, having lifted the Henri Delaunay trophy here with Spain following victory against Italy in the UEFA EURO 2012 final. A bedrock of Spain’s UEFA EURO title-winning teams in 2008 and 2012 – as well the 2010 FIFA World Cup-winning side – Ramos made his 150th appearance for his country in March.

Ramos was pivotal to Madrid clinching their tenth European Cup in 2014, heading the equaliser in the final seconds of added time against Atlético de Madrid in Lisbon. Parity restored, Real Madrid took control in extra time to triumph 4-1.

Dominant in both areas, Ramos became the first defender to score in two UEFA Champions League finals with Madrid’s only goal in the second meeting with Atlético in Milan. After a 1-1 draw, he then held his nerve to convert his kick in the shoot-out.

Ramos put in a typically assured display in Cardiff as Madrid saw off Juventus 4-1 to become the first club to retain the trophy in the UEFA Champions League era.

No items found.
UEFA Champions League
Defining an era
Ahead of the 2018 Champions League final, Sergio Ramos had already lifted the trophy three times, but the Real Madrid captain was still pushing his team to greater heights, believing a third successive triumph would truly cement their place in European Cup history 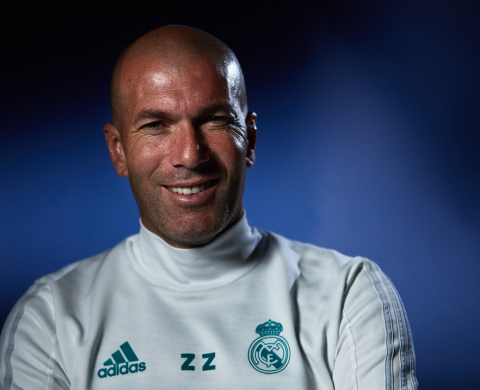 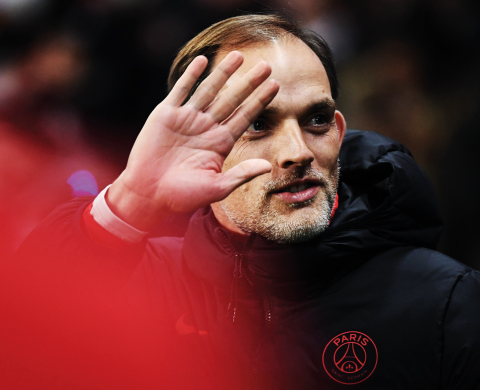