UEFA Champions League
The toughest test
Ahead of yet another semi-final for the Zinédine Zidane, we rewind the clock to 2018, where the Frenchman stood on the brink of becoming the first coach to win the trophy three times in a row.

This article was first published in the 2018 UEFA Champions League final programme. Read the digital version here, or buy the programme here.

After just two and a half years in charge, Zinédine Zidane has already led Real Madrid to two UEFA Champions League triumphs. As he targets a landmark third, he suggests Liverpool’s unique threat will make this “probably the hardest final we’ve ever had to play”

What does this competition mean to Real Madrid and the club’s fans?

There’s something special about the Champions League, given the club’s history in it. That goes for the fans too, of course. This club has won the most European Cups. In recent years, we’ve reached four finals, so it’s an important competition for us.

Does that connection add to the pressure or do Real Madrid feel at home in this competition?

I don’t think it’s either. It’s a very difficult competition where there’s a lot of pressure. To get to the final, you have to work your socks off. It’s a very demanding competition. It’s not like the league where there are 38 games. In terms of intensity and commitment, it’s very tough. The pressure will always be there. But even though we’ve reached four finals in recent years, that doesn’t mean it’s an easy competition – far from it.

Tell us about the progress your team has made since September.

We’ve been good. I think we’ve done what’s been required of us. We’ve been very good in the competition and got stronger as the tournament has gone on. We’ve had some tough moments in the league, but we’ve been very consistent in the Champions League. That’s what you need. You have to be consistent in the big competitions and perform well in every game. That’s what we’ve done, all the way to the final, against better sides as the competition has gone on. We played Paris Saint-Germain in the last 16, Juventus in the quarter-finals and, of course, Bayern in the semis. It wasn’t easy for us, but we managed to come through.

Just how difficult were those knockout round games?

To make it through all this, we’ve had to be at the top of our game. Even when it was difficult for us, which is normal for this level of competition, we were able to come out on top over the two legs, and in every round. We played against the champions of France, the champions of Italy and the champions of Germany – that says a huge amount.

Looking ahead to the final, what kind of challenges do Liverpool pose?

It will probably be the hardest final we’ve ever had to play. We definitely won’t be thinking Liverpool are weaker than any of the other teams; they certainly aren’t. They’ve earned the right to be in the final through their performances. They’ve played well and seen off some top teams. Sure, it’s been a while since they reached the final, but they’re a club with a great history and they know how to play these big games. We will have to be at our very best, we know that – and on every level, not just physically. They’re an English team, so they will never give up. But they don’t just rely on their physical attributes. Liverpool are also good technically, with a lot of speed and great individual players. We’ll need to be careful.

What is the main strength of this Liverpool side?

It’s all of it at the same time, but if we had to focus on just one thing, one area where they’ve been particularly good, their main strength would be their front three. Those three players are very different, but they’ve played really well together all season and scored a lot of goals.

What are your thoughts on the final?

I’m not thinking about anything. All I’m saying is that we will have to put in a great performance to win. It won’t be easy, we know that, but we’re ready to do what it takes to become champions.

You have the opportunity to win the Champions League three times in a row as a coach. What would that mean to you on a personal level?

That’s not something I’m thinking about. I’m just thinking that we have a final to play. We’re not looking at it as our third final in a row. We’re looking at it as one game, where we will start from scratch. We can’t afford to put ourselves under pressure. All we have to do is play to the best of our abilities. We know our strengths and what we’re capable of. We will all have to be at our very best.

Bob Paisley and Carlo Ancelotti are the only two men to have won this competition three times as a coach. What did you learn from Ancelotti when you worked with him as assistant coach at Madrid?

Everything. I really like him. He’s a great coach, he’s someone who enjoys what he’s doing. He helped me develop too. He was my coach at Juventus, and I’ve experienced many things with him. When he arrived here [at Real Madrid], I helped him a lot, but he helped me a lot in return as he really showed me what top-level coaching is. I’ll always be grateful to him for that and, in any case, what he’s achieved in football speaks for itself.

No team has reached three consecutive finals since Juventus between 1996 and 1998. Is there a special formula for achieving success year after year?

Hard work and consistency. Madrid have always had the best players, in every era. We have the talent and, if we’re focused, we can achieve anything. That’s what we will have to do: finish the job in the right way.

No items found.
UEFA Champions League
The toughest test
Ahead of yet another semi-final for the Zinédine Zidane, we rewind the clock to 2018, where the Frenchman stood on the brink of becoming the first coach to win the trophy three times in a row. 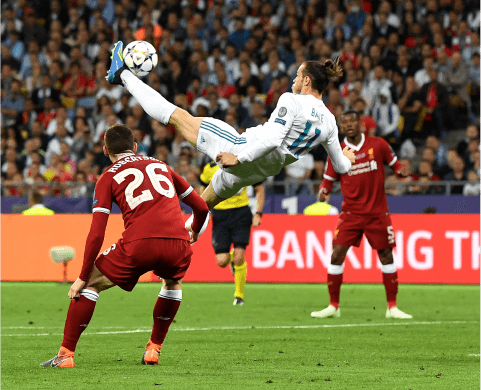 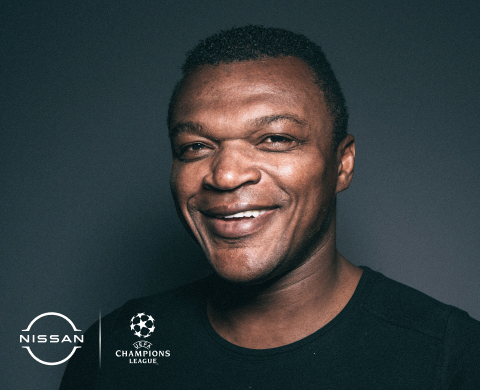 UEFA Champions League
Marcel desailly: I was on top of the world
Read more