UEFA Champions League
Kicking on
It’s not just football talent (though it’s definitely that too) which has made Jack Grealish a star: his free spirit and style have also helped to take him to the next level. And not forgetting his calves... We caught up with the Manchester City star to discuss how he’s got this far – and where he’s headed next

“I actually don’t do anything,” says Jack Grealish. “You don’t do anything?” “No, nothing.” Under discussion, at the City Football Academy training facility, are the most famous calves in English football, those supersized specimens that emerge from a pair of rolled-down socks and dwarf the owner’s shinpads. A throwback look for a very 21st century footballer, the Manchester City and England winger with an Alice band in his hair, the No10 on his shirt and that £100m price tag on his shoulders.

Grealish will return to his transfer and its accompanying challenges later, but first things first: those calves. “It’s just something that runs in the family,” he explains. “My grandad always had big calves when he used to play football. But no, I don’t do any calf exercises or calf routines in the gym or anything. Honestly, it’s just something that I’ve had since I was young.”

And the socks, which call to mind some 1970s maverick almost as much as his dribbling skills and wide grin? “I think I was about 14 or 15 and we were sponsored by Macron at [Aston] Villa, and the socks used to shrink in the wash. In training, obviously, I couldn’t get them over my calves because the socks were so small. So I started wearing them below my calves in training – and that season I ended up playing really well. So then I started wearing my socks beneath my calves in games as well. It was just something that stuck because I’d had such a good season.”

Footballers can be superstitious creatures, finding assurance in little habits amid the pressure swirls of professional sport. Something, you suspect, that Grealish will have appreciated more than ever this season, following the upheaval of leaving his boyhood club, Aston Villa, for Pep Guardiola’s English champions. Last August, a month before his 26th birthday, he swapped Birmingham for Manchester and became the most expensive English footballer ever. There were tears when he said goodbye at Villa’s Bodymoor Heath training ground and his reflections today hint at a meld of emotions.

“It was a massive decision,” says Grealish, a boyhood season-ticket holder who grew up in Villa’s academy and spent seven years in the first team. “I’d been at Villa my whole life, since I was six – obviously growing up, playing for my boyhood club and captaining them. To leave was a difficult decision, I’ve said it plenty of times, but it was something I felt was right at the time. I think it was the perfect time for me to move on, try something new and step out of my comfort zone.”

“It was massive because, like I said, that’s all I’d ever known. I’d been living in Birmingham my whole life, playing for Aston Villa. I’d never left and walked into a new dressing room, apart from when I went on loan to Notts County when I was 17 [for the 2013/14 season].

“It’s been good, I’ve enjoyed it, though it’s been a lot more difficult than I thought it would be in terms of on the pitch, off the pitch, moving to a new city. It’s been different, but I knew that it was going to be like that. I think that’s what life’s all about – experiencing different things – and I’ve certainly done that.”

For the man whose legs inspired a 2022 calendar – “The Wonderful World of Jack Grealish’s Calves” – this has been a season for finding his feet. Eye-opening too. “When I came here it was different, because at Villa and at Notts County, and also when I go away with the national team, you have the same culture, you have the same nationality; most of the lads are English. And here there are only, what, four or five of us who are English.”

He marvels, in his Brummie brogue, at the linguistic acrobatics of his Brazilian team-mates Gabriel Jesus and Fernandinho. “Gabi and Dinho, I’m sure they can speak three or four languages each, so it’s unbelievable. It’s something I’d absolutely love to do, but I don’t think I’ve got the patience for it.”

Maybe, but he has needed patience when it comes to the football lessons he is learning under Pep Guardiola. There is a list of players who have required a season to adjust fully to Guardiola’s way of working; Bernardo Silva, Riyad Mahrez and João Cancelo spring to mind. By the March international break, Grealish had already made more Premier League starts (17) than any of that trio managed in their first City seasons. Yet a player accustomed to having a licence to roam from his left-flank berth under Dean Smith at Aston Villa has had to adjust to less freedom now he is no longer the main man; he’s become a cog in a meticulously managed machine.

No items found.
UEFA Champions League
Kicking on
It’s not just football talent (though it’s definitely that too) which has made Jack Grealish a star: his free spirit and style have also helped to take him to the next level. And not forgetting his calves... We caught up with the Manchester City star to discuss how he’s got this far – and where he’s headed next 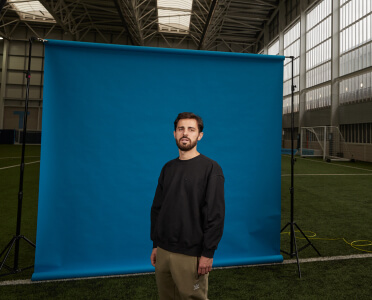 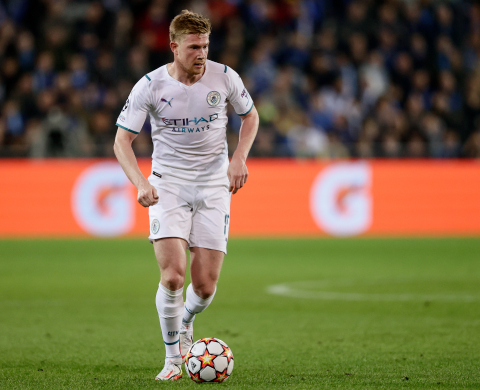 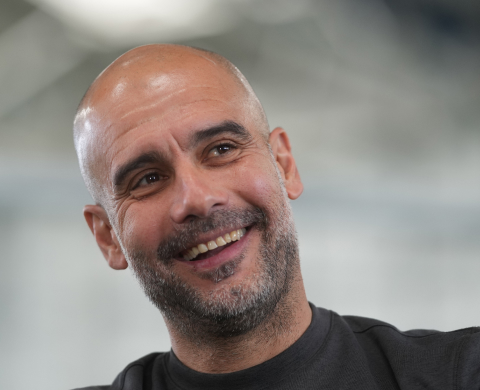