UEFA Champions League
Inside the bubble
Covering the Champions League final tournament live from the stadiums in Lisbon brought fresh perspective and new insights on the game for our reporter Simon Hart.

This article was first published in the 2020 Official UEFA Champions League Final Programme. You can purchase the 120-page print version here, or the digital version here.

It was the final 10 minutes of the Atalanta v Paris Saint-Germain quarter-final which brought home the sense of a sport stripped to its basic elements at this Champions League tournament in Lisbon.

For a reporter tasked with post-match interviews, it is common practice to leave the media seats early to head for the flash positions, usually down by the tunnel area. Commonly, the sounds of the crowd offer clues as to what it happening but in the long walk around Estádio da Luz concourse, there was just silence. Then, on reaching the right spot – the front row of the main stand – the late drama arrived and a global football event suddenly felt intensely personal, distilled to just two squads of players. Football unplugged.

Just moments earlier I had heard Atalanta goalkeeper Marco Sportiello yell “Dai, Dai!” – Come on! – to his team-mates as they clung to their lead. Now the shouts were all from the PSG substitutes celebrating Marquinhos’s equaliser. Cries of “Allez, allez, allez” from the cluster of seats to my left as the game resumed. Next, those seats were empty again as subs and squad players fell together in a delirious pile on the side of the pitch after PSG’s winner. Footballers’ cries of joy usually go unheard, lost amid the roar of supporters. Not here. To be witness to that raw emotion, including the sight of poor Sportiello face down on the turf, was a privilege.

Of course, in this new football environment, there are fresh challenges all around. Photographers who must be close to the action have undergone Coronavirus tests on the eve of each game. TV reporters have conducted their post-match interviews wearing face masks, with players and coaches standing on a carefully measured, suitably distant, spot (marked by an X). Pre-match press conferences have taken place remotely, with the coach in one part of the stadium and journalists up in the press box (or back in their home countries), watching on laptops and clicking a raised-hand icon to request a question.

The press boxes have been quieter places with the written press at each fixture limited to 25, including 10 from each team’s country. For those of us high up in the media tribune at both Lisbon venues, matches have unfolded to a mixed, muted soundtrack featuring the echoes of applause (and occasional protests) from watching squad members and club staff down below, and the voices of the commentators around us. The RMC man howling “Le poteau! Le poteau! Le poteau!” into his mic after Lyon’s Karl Toko Ekambi struck the post in the semi-final was a personal highlight.

According to BT Sport commentator Darren Fletcher, fake crowd noise, piped through his headphones, has helped with his work. He explains: “You have to commentate in the proper way where you get a bit louder at different times and with that fake crowd noise you can still do that, so I have it quite loud.” He considers it a “gigantic honour” to be here. “It’s like the golden ticket. People can’t come here, so to be in the stadium when Bayern beat Barcelona… there are only a handful of people who in the future can say ‘I was there’.”

A privilege indeed. Socially distanced, but up close and personal too. On my way down to the flash position at the Alvalade, I heard Raheem Sterling’s frustrated scream of “Gabi!” when Gabriel Jesus failed to spot his movement (albeit an instant later the Brazilian did provide the ball and Sterling put it over). And then, from that flash zone below the level of the pitch, the loud echo of Lyon players celebrating above. And finally, Memphis Depay joining us as Lyon’s scoring substitute Moussa Dembélé began his round of interviews to yell: “You’re the ***ing man of the match!”

Four days later, it was a different outcome for Lyon. But though 3-0 down in the last moments of their semi-final, coach Rudi Garcia was still urging his players on. Waiting by the flash, I heard aloud “Allez” and then “Bien joué” (well played). Changed circumstances, but the intensity, like the emotion, remains the same.

No items found.
UEFA Champions League
Inside the bubble
Covering the Champions League final tournament live from the stadiums in Lisbon brought fresh perspective and new insights on the game for our reporter Simon Hart. 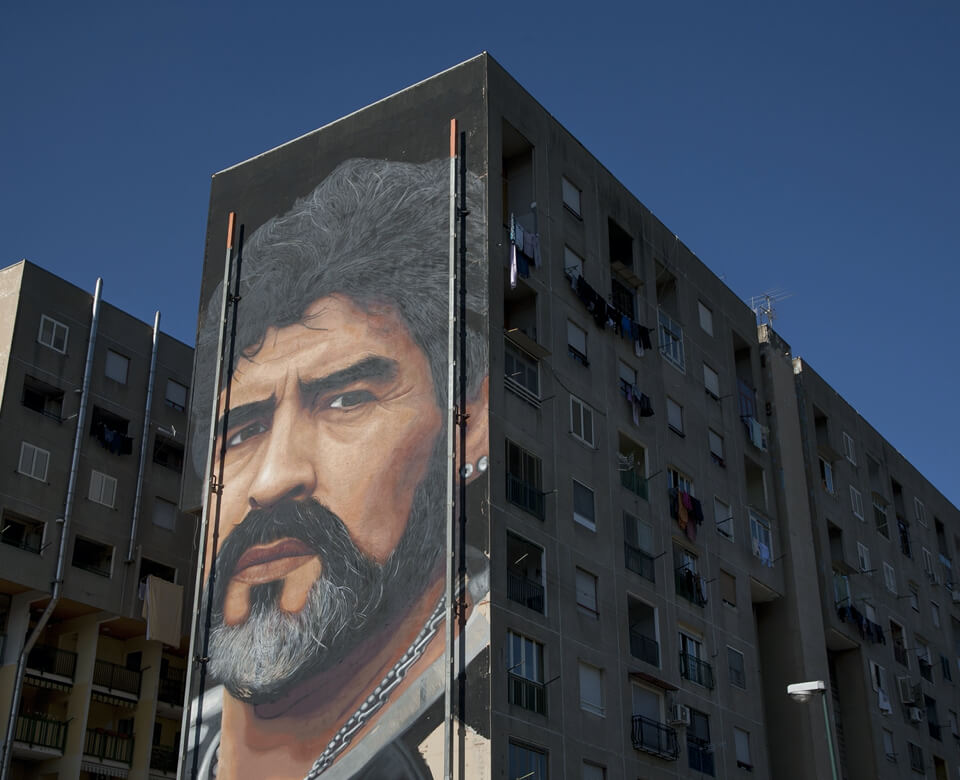 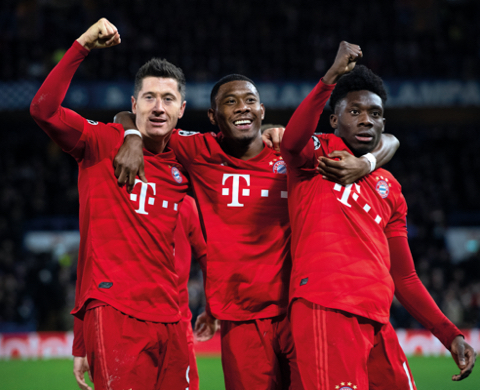